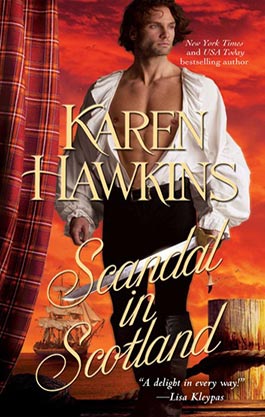 The second book in the Hurst Amulet Series

A DESPERATE BEAUTY
Despite fame and countless admirers, actress Marcail Beauchamp has never forgotten William Hurst, the audacious seafarer she once loved . . . and lost. Now, forced by a mysterious blackmailer who threatens her family, she must steal an ancient onyx box from the one man she’s vowed never to see again.

A BOLD ADVENTURER
To save his brother from a ruthless abductor, William must deliver the artifact as ransom. He’s stunned when Marcail, more lovely than ever, suddenly appears on his ship. But when she drugs him and steals the box, his fury knows no bounds.

THE TREASURE EVERYONE WANTS
William pursues Marcail, but too late: she has already delivered the box. The estranged lovers realize they must work together—both to regain the artifact that could mean life or death to his family and to destroy the mysterious blackmailer’s power over her family. Thus begins a high-stakes quest through the reaches of Scotland, a quest that stirs up long-forgotten memories and an unquenchable passion. . . .

Marcail leaned forward, her blue gaze fastened on his face. “William, I am desperate."

After such a look, any other man would have begged to help her. Any other man would have been taken in by her earnest expression and black-haired beauty, too. But William knew too well the cold, icy heart that beat beneath Marcail's lace-covered and delectable exterior. She was an actress and could play any part she desired. He'd discovered that bitter truth at the hands of life's cruelest teacher - experience.

She blinked away tears, her long lashes shadowing her eyes. "I don’t know who is blackmailing me or why or— All I know is that they must stop.”

"The fewer people who know, the better."

William watched Marcail over the edge of his glass as he took another drink. At her closed expression, he lowered his glass. “What happened, Marcail? Did you stray? Is that the secret? That you can no more be true to a man than a dog can stop himself from chasing a squirrel?”

Her eyes flashed fire. “Damn it, William, this is important! If my secret were revealed – and no, it’s nothing so tawdry as what you suggest – it wouldn’t be me who would pay, but others.“

She folded her lips firmly as if to hide her words. After a moment’s obvious struggle, she said, “It doesn’t matter. Others. Innocent people.”

“Innocent compared to you?”

She leaned back in her chair, a sudden bleak expression on her face as she whispered, “You aren’t going to help me, are you?"

Her gaze dropped to where her hands were now clasped together beside her full glass. "I should have known better than to ask.”

“Yes, you should have. I am done with secrets and hidden lies.” He leaned back in his chair and pushed his empty glass away, suddenly tired of it all. Tired by the deceptions that had left him so beaten all those years ago. Tired by the fire her appearance stirred today, even though he knew her black soul for what it was. “You should go.”

“Fine. But first . . .” Her gaze narrowed as she examined his face. A faint flicker of a smile touched one corner of her lovely mouth. Oddly enough, it seemed to carry a touch of regret. “Ah, William,” she said softly. “Life never gave us a chance, did she?”

What in the hell did she mean by that? “Just go, Marcail. We’re done speaking.” His mouth felt dry and he wished he had more port in his glass.

Marcail rose and came toward him, pausing just shy of where he sat.

He thought about standing, but decided he was too tired to do so. The ride from Whitby must have wearied him even more than he’d expected. “Say what you will and then leave.”

“Oh, I shall leave, but not until you’ve helped me.”

“I’ve already said I wouldn’t help you.” Damn it, was that his voice, slurring his words?

He found himself looking at his hand where it cupped loosely around his empty glass. I can’t feel my hand. Oddly, the thought frighten him at all, but only floated through his mind with an odd sort of detachment.

How could this be? He’d only had one glass. Normally it took far, far more than that to—

He looked up at Marcail and tried to say, “You put something in my drink.“ but his mouth wouldn’t make the words. His vision suddenly wavered, a wave of weakness crashing through him so that he almost slumped in his seat.

No. He gathered all of his energy, every ounce of his strength, and forced his numb arms to pull him to his feet where he swayed dangerously.

She frowned. “William, don’t! You’ll hurt yourself and—“

He toppled forward and fell upon the floor, unable to move. Damn. She’s poisoned me.